On July 22, 2008, the Australian Open stadium in the centre of Melbourne, Australia, was officially named Hisense Arena, which is the first time that Chinese company named a high-tech multi-functional stadium in the world.

The stadium named by Hisense was built in 2000 with advanced technologies such as retractable seating. The retractable roofs making it the most high-tech stadium in Australia. Therefore, in the naming bidding stage, high-tech background becomes a necessary condition to consider the bidders. Hisense's products are always famous of technology. It is reported that Hisense low-energy high-definition digital all-in-one machine with international advanced technology is widely popular in the Australian market. Hisense's TV has even been installed in local embassies and consulates. Hisense's high-tech image fits the appeal of the stadium and ultimately leads to the cooperation between the two sides.

Brian Morris, CEO of The Melbourne Olympic Park, spoke highly of Hisense, saying, "We are delighted to have Hisense as our partner. They not only provide high quality products, but also the service commitment of 'once promised, always promised'. We value that quality very much."

As the Australian Open main stadium, Hisense Arena is located in the transportation hub location and is one of Melbourne Park landmark. The huge Hisense logo can be clearly viewed by the passengers on trains pass by. The billboard of Hisense around Hisense Arena also attracted lots of attention.

Meanwhile, in the stadium, Hisense has established billboards to improve the visibility of Hisense. And Hisense billboards also had been spread globally with the reports of the games in the network, TV, newspaper and magazines.

Out of the stadium, Hisense set up five giant-screen TVs at the areas where tourists gathered, and there are bars, restaurants and other leisure facilities under the giant screen TVs with chairs, umbrellas and other facilities. Visitors could enjoy cold beverage and watch the game via giant screen TV at the same time. The giant Hisense logo on the screen is also impressing.

The brand promotion of Hisense during Australian Open not only makes consumers more familiar with Hisense and rise Hisense brand exposure greatly but also the rapid expansion of the brand influence is good for its further development in overseas market. 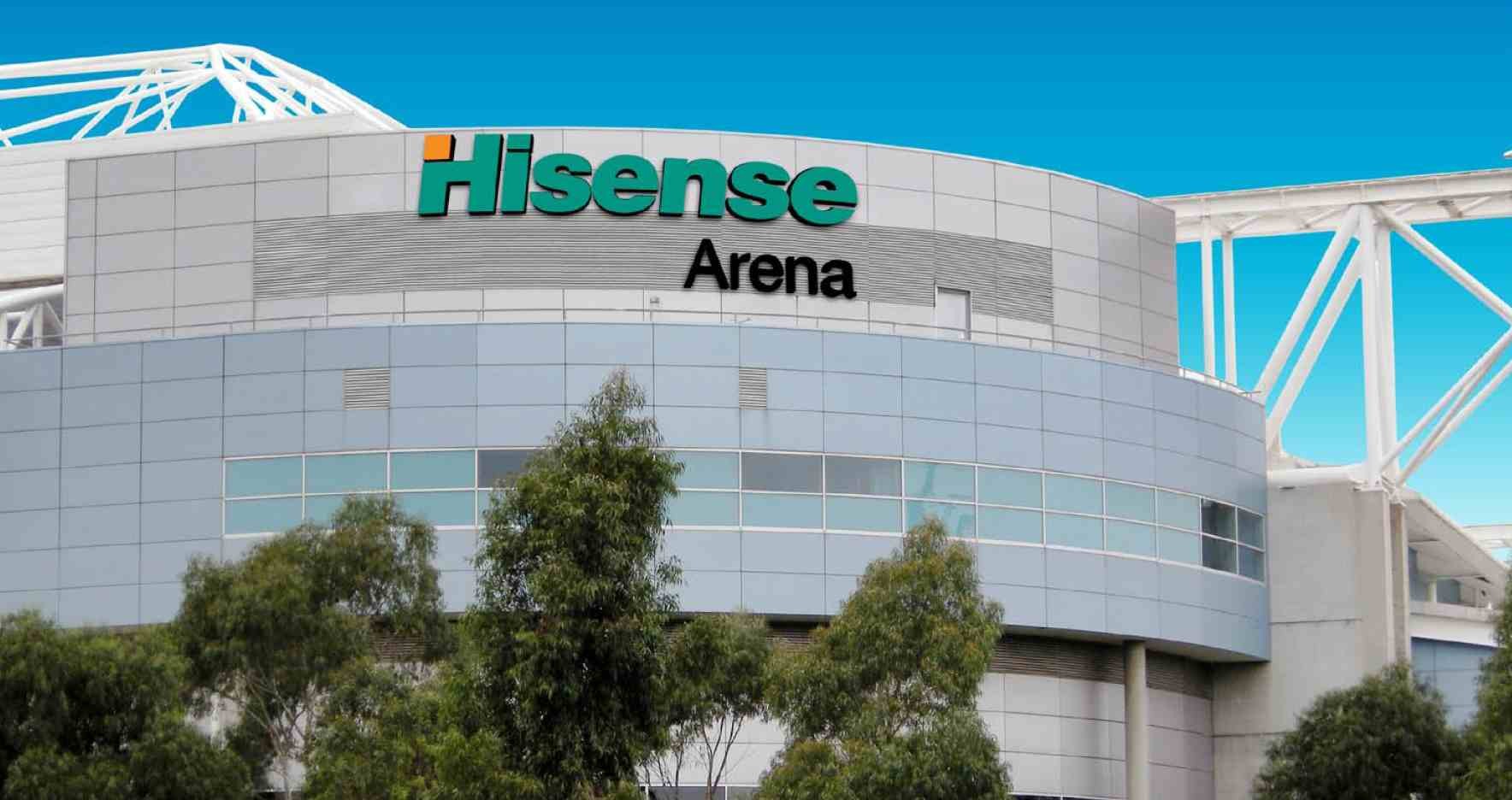